Why more vacationers pack up for luxury holidays to Mauritius

Mauritius is a multicultural country of various faiths and multiple events to celebrate. And for this reason, the nation counts amongst countries with the most holidays. All told, vacationers can pack up for luxury holidays to Mauritius revolving around 14 religious and secular events.

These holidays include those of the country’s major faiths—Hindu, Christian, Muslim, and Buddhist. Mauritius’ religious holidays notably combines with the many secular celebrations commemorating various momentous events in the country’s history.

The holiday mood in Mauritius is most pronounced from late December up to early April. During this time, there’s ample mix of secular and religious holidays to enjoy for everyone each month. Check out the island’s holiday list below to plan a joy-filled vacation in Mauritius. 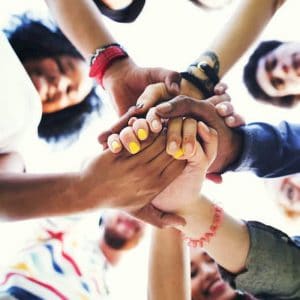 Mauritius is amongst the few countries with a two-day New Year public holiday each year. The major festivities start December 31 and extend to a January 1-2 office break perfect for luxury holidays to Mauritius.

This Hindu festival happens on the full moon in the 10th month of the Tamil calendar which falls between January and February. Expect to see during this holiday Hindu devotees walking barefooted to temples, each carrying a cavadee (symbolic arc).

Mauritius marks the milestone ending slavery on the island every February 1st. Britain ended slavery in Mauritius on this date in 1835, the last amongst its colonies to get that abolition.

Mauritius celebrates its Chinese heritage in this festival also popularly known as the Chinese New Year. It’s observed at the start of the Chinese lunar calendar between late January or early February.

This festival reveres the Hindu god, Lord Shiva. Devotees observe this during late February or early March. During this festival, Mauritian Hindus clad in white attires walk on a pilgrimage to Grand Bassin Lake.

Mauritius celebrates its Independence Day each year on March 12, the date of its foundation when it became independent from Britain in 1968. Champs de Mars in Port Louis hosts most of the events during this holiday.

This is a New Year festival of the Telegu Indian ethnicity in Mauritius and is observed in March or April depending on astrological observances. Its highlights include prayers, cultural shows, and giving out sweet delicacies.

Mauritius, like many other countries, marks Labour Day each May 1st  of the year.

Mauritius celebrates with its Muslim community Eid-ul-Fitr, the end of the Ramadan month-long ritual of fasting and prayer. Muslims typically observe Eid-ul-Fitr towards end-September, with highlights of feasts, prayers, charity, and gift-giving.

This is another Hindu festival dedicated to the popular deity Ganesh with an elephant head. Traditionally held each August or September, Ganesh Chaturthi provides a spectacle in processions of chanting and dancing devotees.

Mauritius folks of all faiths observe this day every November 1st to pay homage to their departed kin and visit their graves.

Mauritius observes this national holiday on November 2nd each year. It commemorates the arrival of the first indentured workers to the island on this day in 1834, which helped set the course of Mauritius’ development as a nation. With the previous All Saints’ Day also a non-office day, all in Mauritius enjoy a two-day vacation.

This is a Hindu festival of lights held in late October or early November, celebrating the triumph of good against evil. Sharing of cakes and lighting of lamps and candles are amongst its highlights.

Everyone on the island joins the Christians of Mauritius in celebrating Christmas each December 25th.  Gift-giving and parties enliven this celebration that’s truly worthy as a trip’s highlight on luxury holidays to Mauritius

For an adrenaline rush, make it Mauritius